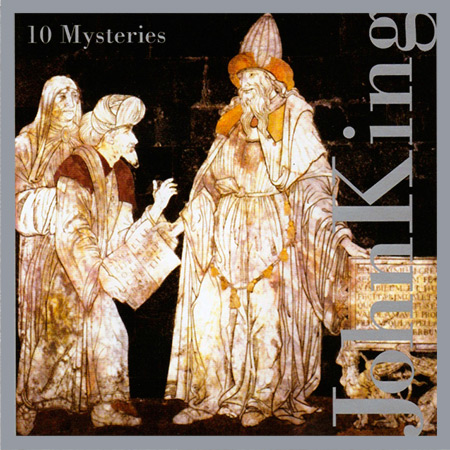 NOTES
Composer John King has been co-director of the Music Committee of the Merce Cunningham Dance Company, so he is fluent in the world of the avant-garde. He is also a violist, and his expertise as a string player is evident in his idiomatic writing for string quartet. He writes that in his music he strives "to discover the unity of, rather than the distinctions between, determinate, indeterminate, and improvised music." 10 Mysteries, his second string quartet release for Tzadik, includes three pieces that explore that premise. The effect of the intersection of determinacy, indeterminacy, and improvisation is most apparent in Winds of Blood, for string quartet and electronics, which is presented in two versions that would not be immediately recognizable as the same piece, apart from some gestures common to both. The sounds of the instruments and electronics are always fascinating, and the primary impression both versions leave is of randomness and disjunction. The largest work is 10 Mysteries, a key mystery being that it has only nine movements. One of his first pieces to incorporate the three principles, its elements were determined entirely by chance processes, but there is a much stronger sense of coherence and coordination between the instruments. Its movements are clearly differentiated and have an appealingly propulsive energy; there's occasionally a hint of the soundworld of Adams' Shaker Loops, which is certainly unintentional, and the suggestion would probably horrify King. The quartet, Crucible, in which the composer is the violist, plays with astonishing virtuosity and clarity; the structure of the music may appear random, but the performances are always precise and purposeful. The sound is clean and present. Stephen Eddins